Design a site like this with WordPress.com
Get started
Skip to content
tonydssf Calendar November 7, 2016August 6, 2019 1 Minute 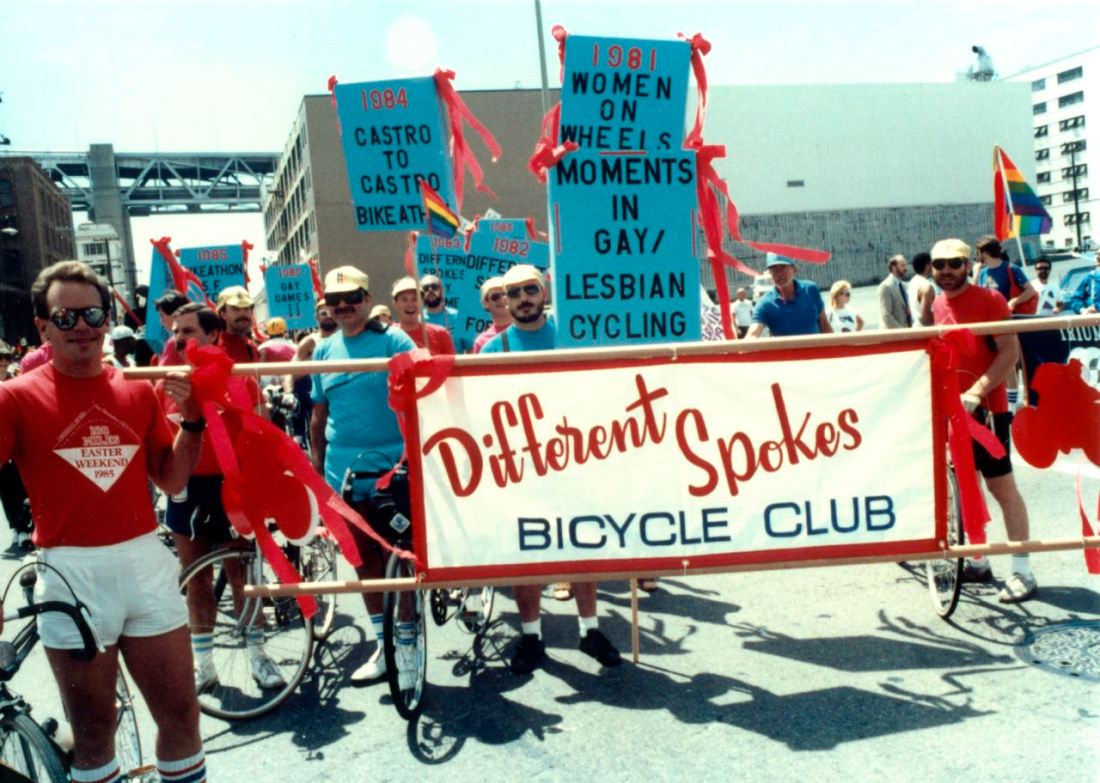 2017 will be the 35th anniversary of the founding of Different Spokes San Francisco. My, how time flies when you’re having fun. The very first LGBT cycling club, founded by a ragtag bunch of touring and recreational cyclists in the same year as the founding of the Gay Olympics Games, officially opened for business with the first ChainLetter in November/December 1982. Of course, planning and organizing went on months before that. Somehow we’ve managed to survive, and survival is the name of the game these days for small clubs. It’s not like we’re part of a league such as Gay Softball or the Gay Bowling League—we’re just one club. Shortly after we were founded other LGBT cycling clubs sprouted up, some of them even adopting the same name. A few have vanished, including Sacramento’s River City Cyclists and San Diego’s Rainbow Cyclists, but some seem to be doing well such as Different Spokes Southern California (which used to be Different Spokes Los Angeles) and Sydney Spokes in Australia. In the early Oughts we were in danger of folding, but the proposal to dissolve the club and become a subunit of the San Francisco Bicycle Coalition seemed to reignite a flurry of activity that has since revitalized our club. As with almost all clubs, a small group of fanatics enthusiasts keeps us afloat and we owe thanks to the various incarnations of our Board as well as generations of ride leaders for giving us an administrative and emotional home…and all the fun rides and events.

I’m very grateful that Different Spokes is still here. You probably are too whether you’re an oldster like me or a new member. How would like to mark this milestone? If you’ve got any ideas, respond back to the DSSF blog or to the DSSF Yahoo! Group. Planning for the 30th anniversary got off to a late start. I’m thinking that if we start planning now, we might actually be able to pull in some of les Anciens to help us celebrate. A banquet perhaps? Specific rides? Revive Guerneville or Tahoe? Let’s talk!