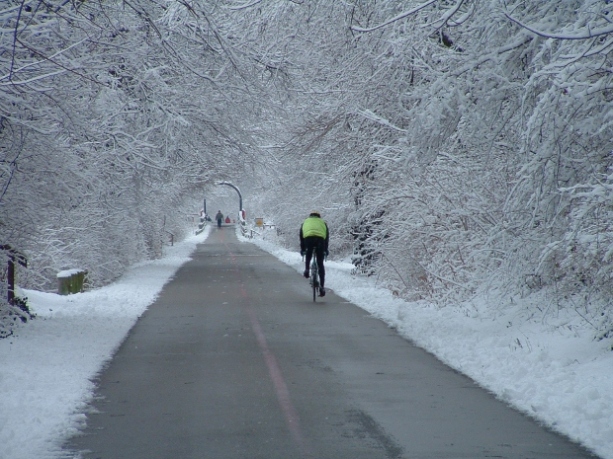 January 1 allows us all to wipe the slate clean and start anew, to do a reset. What of 2016? Undoubtedly some of you are already dreaming of new cycling exploits for the coming year. It could be as simple as planning how to ride more often or as aspirational as completing (another?) AIDS LifeCycle or going on a cross-country tour. From small things, big things follow. That plan to ride one more day during the week or get on your trainer when it’s wet and cold outside just might lead to completing your first century!

I rode less in 2015 than I had initially thought I would but it wasn’t because “life got in the way”. In fact it was just the opposite: I was living my life and cycling just didn’t figure as prominently a role as it had in prior years. I hadn’t gotten tired of cycling or was burned out: it just seemed the right move to ride less and devote some time to “the rest of my life.” Ironically an important influence was the state of Different Spokes. Although I had been concerned about the imbalance in our Ride Calendar and had commented on it, i.e. that we weren’t offering as many easier, social rides as we had back in the day, I hadn’t done much about it. I was part of the “problem”: I too liked to ride fast and hard too and didn’t want to lead rides that I wouldn’t normally do. I figured that those who wanted to do less challenging rides would step forward and lead them. When that didn’t come true, I decided I’d stop being such a hypocrite and start leading slower, social rides. Last year we had a very good turnout overall, so Roger and I are looking forward to offering at least one social A-paced ride per month in 2016. That’s a long way of saying that doing those Social A rides was so enjoyable that I started to back off from the harder rides I liked to do. Now I’d much rather go out and schmooze on a ride than do another solo training ride. Plus, stopping for a great lunch is always much more pleasurable than wolfing down a Clif bar. I hope that more of you will join us this year.

An inevitable part of aging is being witness to your own physical changes (usually declining) as well as that of your larger social circle. I have a cousin whose wife is living with late stage Alzheimer’s, and he’s not the only one I know in this situation. I also have friends and family dealing with chronic, debilitating pain; Parkinson’s; and cancer among other ailments. It’s a reminder that being able to swing a leg over your bike and go for a ride, let alone being healthy, is a gift. Even if it turns out that you aren’t able to fulfill all your hopes for 2016, just get on your bike, go for a ride, and experience the joy that only rolling down the road on two wheels can provide.